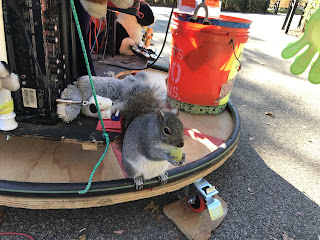 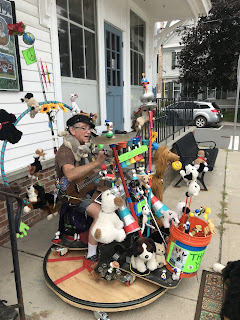 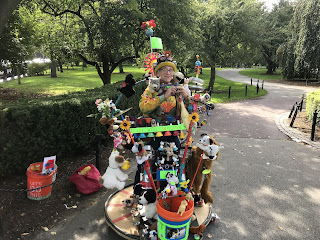 Looking forward to a better new year in 2021

Wow, what a crazy, mixed up, spooky year it’s been. I’ve been very lucky thus far. None of my close friends and family have been seriously ill with Covid and I’ve been very healthy as well. I have been spending my time at home practicing, writing and learning songs and working on my new music machine. I’m not abandoning my old machine but it is refreshing to have an alternative as well. Perhaps the new contraption is not yet as spectacular but it’s still developing. Once I get the opportunity to test it out in public more thoroughly I’m confident it will improve rapidly. That’s another reason to look forward to the coming season. Hopefully by then, with more and more people getting vaccinated, there will be an end to this crisis that we are in. The world needs Peace Waves more than ever now.https://www.facebook.com/100026352192473/posts/687208695500864/?d=n

Posted by Professor World Band at 7:38 AM 0 comments

And Suddenly the Whole World Changed....

I am still at a loss for words about the Covid19 virus. It will hurt a lot of people and cause untold suffering; an invisible enemy that physically isolates us from one another when comfort and working together is required.
Alas, at a difficult time, when so many are hurting and afraid, I have reluctantly decided to temporarily halt my street performances with the Professor World Band, hopefully not for too long.  Our best defense against the virus seems to be social distancing and frequent hand washing and decontamination of exposed surfaces.
If everyone cooperates we can flatten the curve and keep our health infrastructure from collapsing.
Eventually it will pass but it's too early to say how soon. In the meantime I will work on perfecting the Professor World Band and maybe writing some new songs and perhaps posting them online.
I will sorely miss the street performing.Aside from being my only source of income it also keeps me happy and physically fit. I put my heart and soul into it and I've been doing mostly that for over forty years now.  I'm hoping that it wont be too long before I am out there once again playing music on the corner. When this is winding down, people are really going to be needing something to make them smile. Wether that's in a month or more than a year from now, the Professor World Band will be ready. A big part of my job is giving hope to people. This will eventually pass and we will hopefully be stronger and wiser for it. Perhaps people will wake up and start taking better care of the Earth?
Peace Waves,
Ramblin' Dan
Posted by Professor World Band at 1:03 PM 1 comments

Halloween is just around the corner and the Professor World Band is ready. To celebrate the occasion a senior member of both SAW, Skeletons Against War and PFWP, Pumpkins for World Peace are joining the band for the run up to the holiday. it's a pretty scary world out there and we need to generate all the Peace Waves we possibly can. 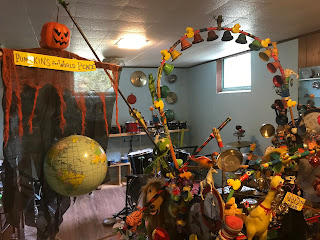 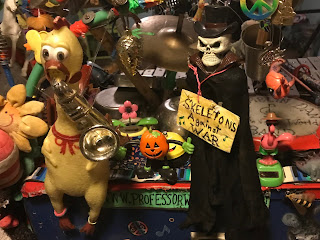 I'm sorry to say that due to some technical difficulties that this blog went down for a while and when it came back up it seems that a couple of my latest updates seem to have been irrevocably lost in cyberspace. So it goes.

It's been a pretty good year so far though for the Professor World Band with several new additions and upgrades. I will continue on playing weekends in the Boston Public Gardens until it gets too cold for my audience to stand and watch. Hopefully there will be a few more warm weekends before Christmas and the New Year. After that I will carry on playing and singing in the Boston T with Digger the Dancing Dog and the mini Peace Wave Generator.
It may be getting cold outside but over the winter the Professor World Band is still ready to go and available for parties and festivals.
Posted by Professor World Band at 12:28 PM 2 comments

Actually , I’ve been back a couple of weeks now. Perhaps I should have stayed a bit longer. There is still plenty of snow here in Western Massachusetts.
Mexico was an absolute gas. I flew to Cancun to have some dental work done at less than half the cost that it would have been here. The clinic did an excellent job and since everything is so inexpensive there I more then saved the cost of the trip while tanking up on sunshine while I was there. I managed to find a room in the center of town for only $250 for the whole 16 days of my stay. It wasn’t a luxury suite but it was plenty fine for me. And the food was delicious and so affordable.
While I was there I also did some busking. I brought Digger my dancing doggie and a whole pack of smaller hounds with me. We entertained people in the nearby Palapas park and Mercado 28; both places I had played at with my Hang drum when I visited ten years ago. I was pleasantly surprised to find that some of the market people recognized and remembered me from back then! Here’s a photo of Digger and I playing at the beach on Isle Mujeres. In the photo below taken in Mercado 28 I am playing with my band. 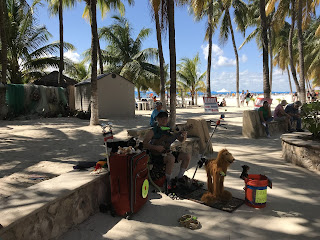 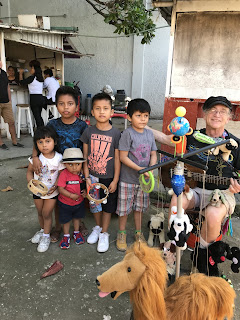 It’s been pretty cold and snowy since I got back so I haven’t been out busking much. It is still February after all. In the meantime I’ve been working on a new show which shall soon be ready for it’s first trial run. More on that I hope in my next update.